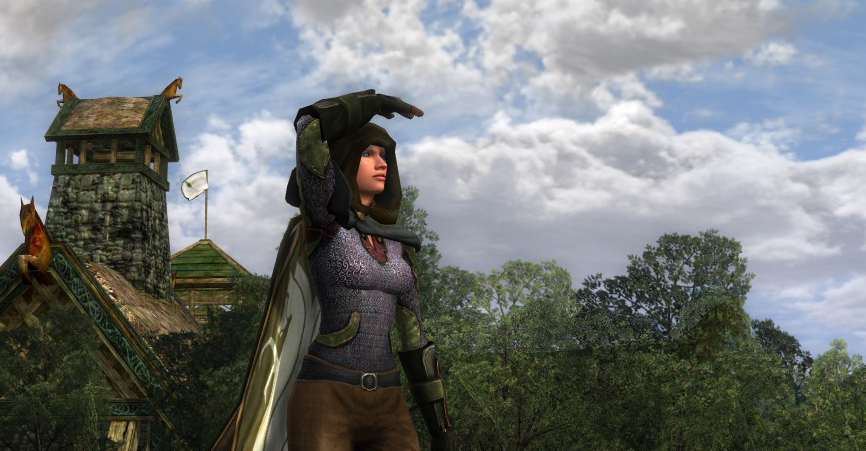 I haven’t been playing much LOTRO the past week. Like I said in my last post, my old Minecraft had a grand re-opening and so I’ve been playing a lot of that lately. However today I have been spending quite a bit of time on LOTRO – enough to put together a new outfit! I decided to go through the Starry Mantle again to get some inspiration and came across the Sons of Elrond outfit. I liked the combination of the gloves and chest piece – when Cithryth was in her 40’s she used to wear that chest piece all the time and I loved it. The gloves of course are part of the set that goes with my favorite Rohan chest piece. I decided to make the outfit less Elvish and turn it into some light riding armour. Here is the result: 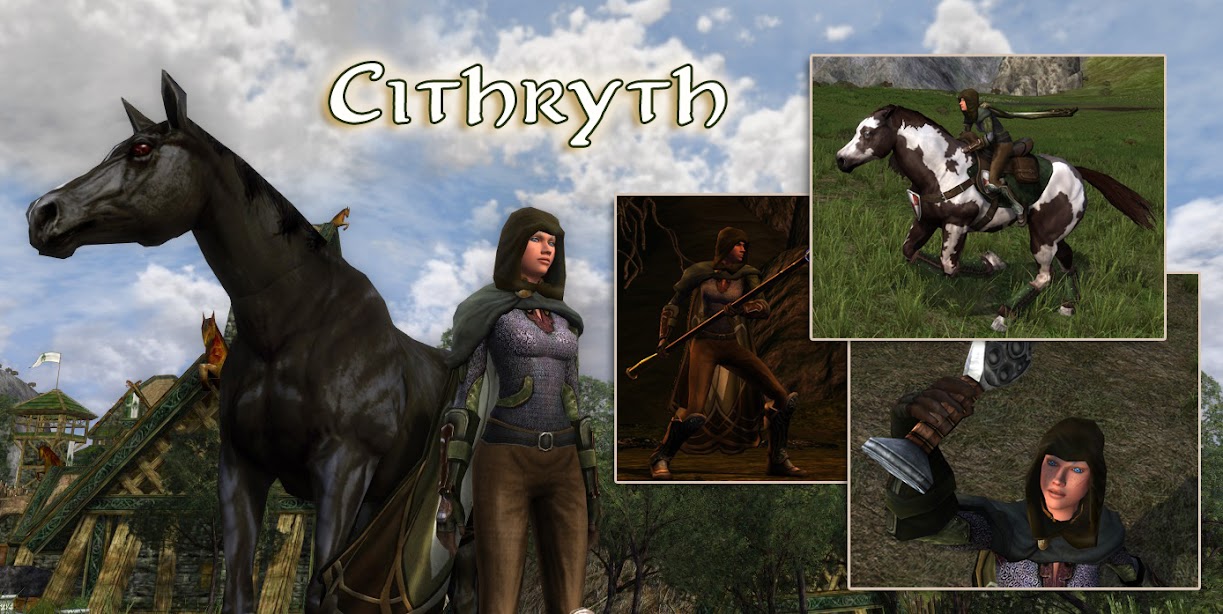 Shoulders of the Eorlingas 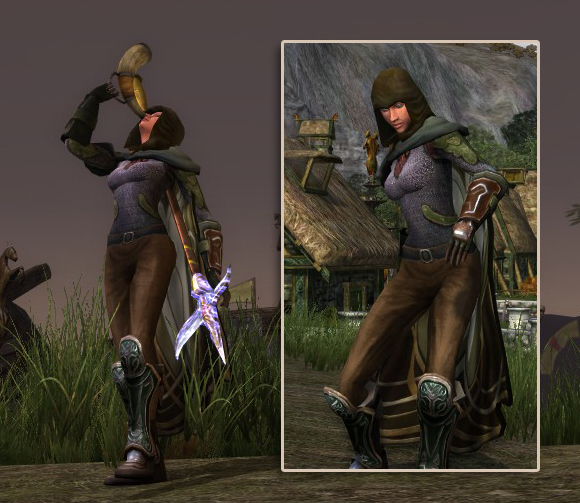 To get these pieces I had to go make a trip to the Auction House. I spent quite a bit of gold, but also picked up a few other items that I may use for outfits on other characters. I got my hands on a Tattered Hat that I am definitely going to make use of on Sagewood. I’ll probably put together an outfit for her and post it tomorrow.

Otherwise in LOTRO I’ve pretty much just been doing my Hytbold dailies and trying to get the deeds of each town done. So far I’ve gotten Eaworth and Harwick’s deeds done. I’ve been lazy about remembering to get my fishing rod out of my vault and thus haven’t done any of the fishing quests in Snowbourn. But in general I quite like the dailies. Some of the instances and locations are actually quite beautiful.

Waiting in a Disgruntled Fashion

A Hunter in Dunland